Once again bilingual students of IES Santiago Hernandez have decorated their glossary notebook, and the winners of the contest were... 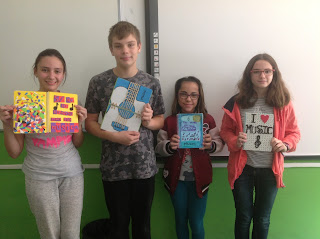 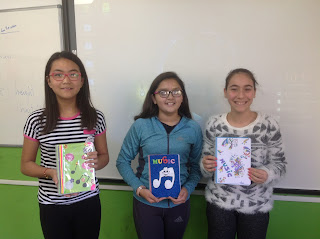 Congratulations!
They have won a veeeery sweet prize!!! 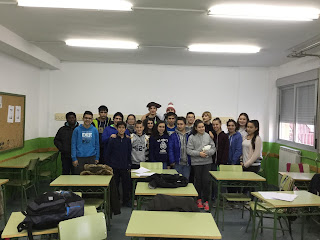 The students of S2C have enjoyed themselves getting ready for Christmas. They have read and played the parts of the characters of the novel A Christmas Carol by Charles Dickens. They were really good!

Posters made  by students of S1B describing famous people that they like. 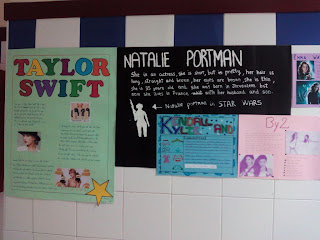 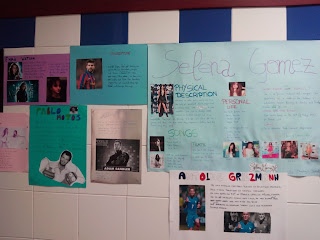 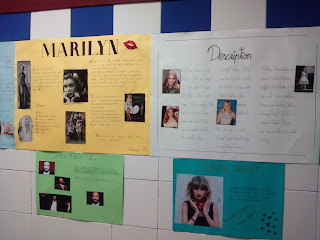 Last 5th November, Great Britain celebrates the Guy Fawks day or Bonfire Night, a festivity not so known as others like Halloweenn or the American Thanksgiving Day.

Its history begins with the events of 5 November 1605, when Guy Fawkes, a member of the Gunpowder Plot, was arrested while guarding explosives the plotters had placed beneath the House of Lords. Celebrating the fact that King James I had survived the attempt on his life, people lit bonfires around London, and months later the introduction of the Observance of 5th November Act enforced an annual public day of thanksgiving for the plot's failure.

In the beginning, to celebrate it, people put a effigy of Guy Fawkes stuffed with whatever filling was suitable in a  bonfire.

For many families, Guy Fawkes Night became a domestic celebration, and children often congregated on street corners, accompanied by their own effigy of Guy Fawkes and asking for some pence and sweets.

The present-day Guy Fawkes Night is usually celebrated at large organised events, centred on a bonfire and extravagant firework displays.

Recently, the Guy Fawkes Night has been widely reported by the movie V for Vendetta, a distopian political thriller by Wachowsky Brothers. The film is set in an alternative future where a neo-fascist regime has subjugated the United Kingdom.

This weekend we'll celebrate Halloween, one of the most important date in the American calendar -and now, all over the World-.
In every country there is a celebration very similar to Halloween, as Todos los Santos in Spain or El día de los muertos in Mexico.

In Halloween everything is scary and terrorific: Witches, Ghosts, Monsters, Vampires... but the most popular of these characters is... Jack O Lantern.

Who is he?  here a video to know his story:


This video explain how to do your own Jack O Lantern